Disney for adults, is it still fun?

Considering that Orlando's Disney World opened in 1971, the same year I was born, it seems to be time I talk about going to Disney as an adult. My youngest child is 20 and he hates to travel so for the last 3 years it's just been the daughter and I. She turned 25 this year...at Disney. Her favorite place to go in Florida as an adult is The Magic Kingdom. 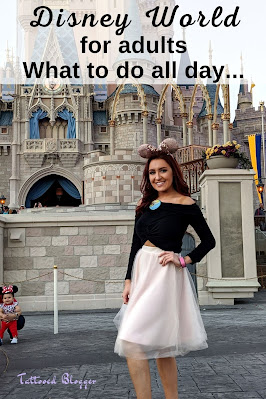 Disney has a weird reputation if you ask me. They act like it's for little kids, but have you taken kids to Disney for a whole day? It's hard for the little buggers! Boring lines, hot weather and being too small to see things like parades. Not to mention the ridiculous expense for tickets, food and rides they can't even go on like Space Mountain or ones they don't understand like the Carousel Of Progress.

I took my daughter for a few years when she was under 5, but the hassle outweighed the fun. We put that idea on pause for about 15 years. Now we make the trip every year, at least once. Is Disney really for adults though? Considering that adults can enjoy just about everything kids do, yes it really is for adults!

There are a few things that kids just don't appreciate as much as adults do. The attractions I mentioned above are just 2 such things. The Be Our Guest restaurant is another. Not only is it the most expensive restaurant in the park, but it's kind of crazy to pay $37 for a child's portion of macaroni and cheese and a couple sides! That is if your child is under 9, if over they order off the adult menu for $62.

With an over 10 menu of lobster bisque and pan seared scallops, it's definitely an attraction geared more towards adults. It is amazingly good though and strikingly opulent. It is a hard reservation to get though, so book well in advance!

Attractions for adults at Disney World

Our favorite attractions as adults are as follows: Haunted Mansion, Pirates Of The Caribbean, Splash Mountain, Big Thunder Mountain Railroad, Space Mountain, Carousel Of Progress & It's A Small World.

I'll talk about a few of them here, but in the interest of not writing a 2000 word post, I'll skip many of them.

The approximately nine minute thrill ride, starring a cast of rascals, scoundrels and villains send visitors on a rollicking boat ride to a Caribbean port under siege by a swashbuckling band of pirates. As an adult you'll notice things like the slave sale and how all the pirates are drinking. lol The details and animatronics of this ride are truly amazing and it's been slightly altered over the years to add Captain Jack Sparrow, for all us movie franchise lovers.

Close by is the Big Thunder Mountain Railroad ride in Frontierland. This roller coaster ranks as a favorite with the 11 and up crowd! It's a fun roller-coaster ride through the gorges and caverns of a deserted gold mine, on a runaway mine train. Swoop through the 179-foot-high red stone mountain and on to Tumbleweed, a flooded mining town of the wild wild west.

Right next door is the Splash Mountain ride with a minimum height of 44". Splash Mountain stars a cast of 68 audio-animatronics characters, is filled with special effects and ends with a 50 foot plunge into a pool of water below. This is one I like to ride a few times just to take it all in!

It's called Splash Mountain, so consider yourself warned that you will get wet! At 11-minutes long, it's one of the longest rides in the park.

Check out the other ride times in this article about the 5 minute frozen ride.

It's A Small World is one of our favorites for the amazing details that go into each different countries scene! We also love The Haunted Mansion for it's details, special effects and haunted skeleton scenes. You could go through either of these 3 times and still spy new things!

Lets move on to the Disney World food!

While I've argued earlier that the fancy restaurants like in Cinderella's or The Beast's castles are more geared to adults, many of the food choices throughout The Magic Kingdom are loved by adults and kids alike. After all, everyone loves dole whip, right? And giant turkey legs. We are also partial to the fruit and nutella stuffed waffles in Liberty Square. 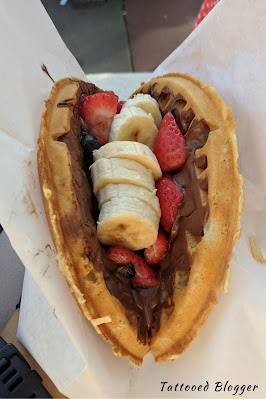 Unfortunately I had a cake pop last time I was at the MK and it was horrible. It was like someone mixed a baked cake with something sweet then covered it in chocolate. Almost like raw dough instead of a ball of cake covered in chocolate. Just FYI, you might want to skip it, it's pretty gross. Try the toffee cake at Liberty Tree Tavern instead!

Almost all sit down restaurants in Disney World now serve alcohol. You must drink in the restaurants, there are no to go options. It is nice to have a drink with dinner.

There are several behind the scenes tours available that absolutely nobody seems to know about! Many of them are adults only. We are hoping to take the Keys To The Kingdom Tour when we go back later this year. It's a $99 per person, 5 hour, in depth tour that even goes down into the super secret underground tunnels. I literally cannot wait!

There are several other Unique Access Tours and they can be found on the WDW website under VIP Tour Services.

As mentioned earlier it was my daughters 25th birthday on our most recent visit. We told the lady when we were buying our tickets who gave her a birthday button. Every cast member wished her happy birthday so it was super nice for her. We also stopped by a little store in the area behind the castle called Castle Couture and they sprinkled her with pixie dust! 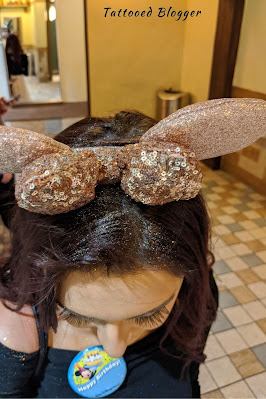 Ok, so it was just a plastic wand full of glitter. She was completely thrilled with this though and it took 2 days to get it all out of her hair! LOL

Pin trading can be fun for adults too

Disney pins have always been popular items at the Disney theme parks, but it wasn’t until the Millennium celebration debut of pin trading as an official park activity that it really took off.

If you decide you want to get started trading Disney pins on your next visit to Walt Disney World, you can buy them in the parks or outside at various Disney stores and even souvenir stores. Your cheapest option is to get a set of pins instead of buying individual ones.

Just look for other Disney visitors at the theme parks wearing pin trading lanyards of their own and approach them and ask them if they’d like to pin trade with you. A word of advice: put your favorite pins away! If an adorable 6 year old asks me to trade a pin, I'm not going to be able to say no!

Disney releases so many pins in their theme parks every year that it would be impossible to collect all of them so it makes sense for pin collectors to focus on particular types of pins rather than struggling in vain to get them all. Love Tinkerbell? Well, you’re in luck because so does Disney and you’ll find that there are hundreds of pins featuring the feisty little pixie.

In addition to character pins, there are all kinds of pins issued featuring the park attractions. Some of the most collectible park attraction pins are limited edition issues that Disney releases to coincide with major attraction refurbishments, such as the Disney World Haunted Mansion “Re-Haunting” pins that were released in 2007.

Naturally, any time Disney World opens a new attraction you can be certain they’ll release some limited edition pins showcasing the new ride. Next trip I plan to collect and trade only Maleficent pins. How many do you think I'll find?

One more 'pro' tip and I'll wrap it up here. Visit DW on the off season. Kids get out of school in summer and the parks are jam packed. The crowds are heavier, the lines are longer and it's a lot more difficult to navigate the whole park in one day if you're waiting in 2 hour lines. Our favorite months to visit are December and January.

hope you have a great trip!

Related reading: I wore Tieks shoes to Disney World all day long. Here's how they held up!

at April 05, 2020
Email ThisBlogThis!Share to TwitterShare to FacebookShare to Pinterest
Labels: Disney Parks